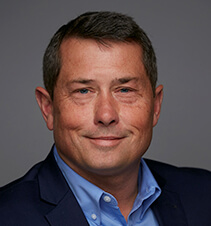 Jeff King started practicing law in Myrtle Beach in 1998, and has represented developers of numerous oceanfront high-rise condominium and timeshare developments in the Grand Strand’s booming tourism market. His practice area focuses on commercial and residential real estate, development, zoning and land use planning, corporate work, and timeshare development and transactions. Jeff has extensive experience in legal and logistical challenges of taking a development project from inception to completion. He has successfully represented clients in the re-zoning process for over 15 planned unit development zoning districts in Myrtle Beach, North Myrtle Beach, and Horry County.
He has represented clients ranging from small contractors to regional development entities for projects with development costs of a few hundred thousand dollars to over 100 million. Jeff heads the timeshare division for King Cunningham, and has developed an efficient, cost effective system for tracking and processing South Carolina transactions for several national timeshare companies. 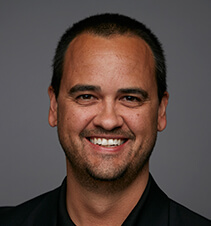 Originally from Fayetteville, Tennessee, at the age of thirteen he moved to Myrtle Beach and attended Myrtle Beach High School, graduating in 1993.

After graduating from the College of Charleston in Charleston, South Carolina in 1997, Joe received his law degree from the University of South Carolina School of Law. Here, he served as the Social and Alumni Chair for the Southeastern Environmental Law Journal, was a member of Phi Delta Phi legal fraternity, and a recipient of the Roy Webster Scholarship.

In his free time, Joe enjoys spending time with his wife, Jordyn and their two children, as well as fishing, surfing and cooking. 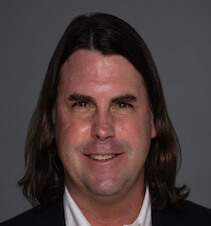 King Cunningham hired James P. Wilkes as an associate attorney in March of 2013. James focuses primarily on real estate transactions, providing excellent client service and attention in these areas. James works closely with real estate agents, lenders, buyers and sellers to ensure a positive closing experience for the parties as well as professionals involved in a transaction.

Jamie was born in Charlotte, North Carolina, in 1970, the son of a Presbyterian Minister, and grew up in Georgetown, South Carolina, before moving to Myrtle Beach in 1983. Jamie attended Myrtle Beach High School, graduating in 1988, and then attended the College of Charleston, earning a Bachelor of Arts Degree in Political Science in 1992. After graduating from college, Jamie moved to Los Angeles, California, for a time to work in the motion picture industry. There he learned much of the behind the scenes art of film making, while working for film producer and director Oliver Stone.

Missing the charm of the South, as well as family and friends, he eventually returned home and then attended law school at Mississippi College School of Law, where he earned his law degree, and he also attended Northwestern School of Law of Lewis & Clark College as a visiting student in the school’s Environmental Law program. Jamie graduated law school in 1997 and is licensed to practice law in the State of South Carolina.

When not working, Jamie, a life-long surfer and golfer, enjoys spending time at the beach or on the links with his wife, Tricia and their three children.

We serve and advise clients of all sizes in virtually all matters relating to real property and finance, by offering comprehensive service and creative solutions to meet their needs, whether simple or complex.

Our attorneys have represented developers of some of the largest condominium projects in the Grand Strand, including the Bay Watch Resort, Prince Resort at Cherry Grove Pier, and Wyndham Ocean Drive in North Myrtle Beach, and the Anderson Ocean Club and the Carolinian Resort in Myrtle Beach. Additionally, we have represented developers with subdivisions from Pawley’s Island to Little River, and our attorneys are experienced in the development of projects of all sizes, from a small neighborhood of less than ten estate lots, set in a wildlife-filled, wetland habitat, to 500 lot tract-developed subdivisions.

We are also well versed in the intricacies of timeshare development and zoning law having established upscale resort properties along the Carolina coast. Our attorneys have provided effective counsel to landowners in the creation of Planned Unit Development zoning districts, ordinance text amendments, variances, alley and street relocations, and other zoning and permitting petitions, and have repeatedly and successfully guided our clients from land acquisition and the planning and zoning process through post construction operations and licensing issues.